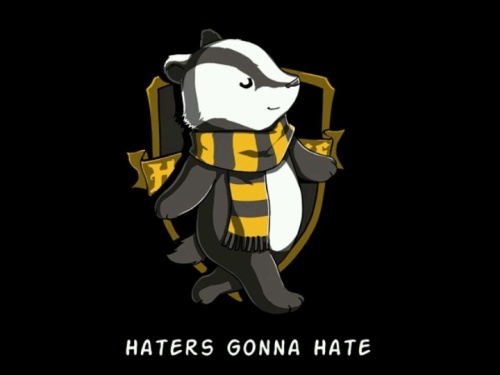 Paul was laughing like he was out of it to begin with while Jake had told me if he see’s one more email about someone’s special little angel he is going to have an aneurysm. What we had gotten from the computers was a majority of useless emails about different buildings meetings, inspections, who is screwing who, and enough details to make sure I will never send anything personal on a work email again.

Seriously, who could think that sending half dirty messages to their coworkers for a tryst would be a good idea. From their faces after I had asked the answer seemed to be that a lot of people thought it was a grand old idea that only made Jake rub his temples asking when people would be the species they should before walking in to the isles to check where everything stood. Being set on their path for the night the little bots were doing there thing leaving what was left to be pored over by the three of us as we began to understand a step by step process of how some people should not work in an office building. E-mails about kids, sex lives, dinner dates, and whatever else you readers could think up polluted what we grabbed making what information we could glean something of an oasis in a landfill. Three of us on what was left made it easier to burn through them with little fanfare except for a great more understanding how people could be sympathetic to the villains in the comics.

After all of that was done my voice was full of salt and vinegar wondering. Jake had gotten his mood up a little bit more when there was some serious meetings from the higher ups flying in to inspect how everything was going.

“You ever think we should just stop this company for what it is doing to their workers. Cripes, a little perspective does matters on one’s mood just try to work here with all this going on. Would you like to work with us, No, that’s a fate worse then death it’s a miracle how these people seriously do not go bonkers from all of this.”

We had to laugh at all of it because just the way his voice first was normal before dropping to sound like an overweight Colonel Sanders before coming back up with the care of a man truly wondering what was going on had all of us nearly on the floor. It summed up how were feeling watching all the little pieces of their lives while our own problems hung over us. The mail was already opened while the emails soon were replaced with the packages of paperwork fell from the top of the cut envelopes sitting there like a beast ready to drain any fun from the moment.

Advertising some service or item there seemed to be more information that Jake found interesting so has soon as something looked or at least when he craned his long form over my shoulder from his seat he would just get the mail handed over. Claiming some from Paul’s pile it was clear he was on to something that neither one of us wanted to derail him from having the majority of the pile he seemed to be on a train of thought that would at least excuse Paul and myself while we made sure everything was going as it should be with the little bots. It was something to do that helped us talk about what other things they had found when it came to possibilities from what the info could be used for.

From the deli we could barely get to the stove without me running my elbow in to a stack of woks that seemed dirty from the oil in the bottom. It looked like a teaspoon had been left in them when it was explained how with woks sometimes that is done to keep the seasoning on them.

“With some pans, and iron skillets are included they will actually oil it lightly right after cleaning it by hand to keep the seasoning on it. Seasoning means deeper flavor when you use it again. While these guys also look to be a touch lazy about how they do it.”

Draining the excess it was clear that someone in the wok area couldn’t do a thing. It may have been a day where someone else was needed to work the station. Coming from day shift he was surprised to know that sometimes people were just put in to position to work the hours before the proper person came back the next day. Talking up a storm he had wanted to make a stir fry and some fried rice with the left overs in the walk in. How he would get in and out of there without a key was a question I didn’t want to ask. It was clear that if anyone noticed, then no one cared about it because while on the day shift nothing was said about these woks being used or supplies being missing.

Jake must have smelled the food coming his way as we made our way to the break room he had come slightly disheveled. His hair was flipped back showing both eyes in a look of spirited fire that seemed to spell something dismal for Paul as he met that look with a back step.

“No, no, no,no,no, no. I am not going back to do anything with any idea you have floating between your ears right now. That is the look of trouble, that is the look, look we have fried rice with ham, and a nice stir fry, don’t you want to eat first before you get us all in to trouble. After the past few nights we could use a break.”

“Walker will be here tomorrow. I already called him and we have something we need to go over then.”

Our eyes widened at the fact that the man on vacation would be here tomorrow while he would still be off the clock with something that had to be communicated with us. Gazing at how the fried rice looked he soon pulled the container still steaming from my hands before heading off to the break room. The stir fry would be good, but that rice was mine too.

“Seriously that look,is either meaning we have something great or we are all com-plete-ly screwed and he has flipped his lid.” 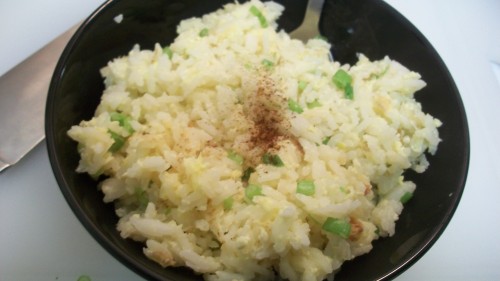 Hey everyone, time for another simple recipe this time to use up any rice you may have this works best after the rice has cooled. You will need the following.

Of course you want to have your seasonings of choice on hand. In a non stick pan on medium high heat start by cracking your eggs in to the pan until they begin to get opaque. Next is to toss your rice mixing the two together until the eggs are almost completely cooked. Picture below for example. Make sure to keep your rice moving as to not get over cooked in places this dish from start to finish takes less then five minutes if the rice is already cooked.

Last is to add your green onion as well as any seasonings you prefer, making sure to mix everything up with your spat of choice.From there just plate up Mine in the pic has a little bit of chili powder for color and a touch of heat. Shredded seaweed works well, and of course you can always just grab a spoon and dig in. 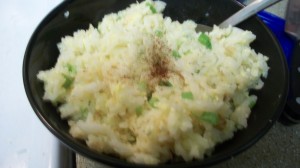 If you do not want to use or do not have a non stick pan then just a drop of oil is needed before putting the eggs in. From there just go for it.

Next, two recipes on this blog will be a tofu dish fried and with sauce over rice once again. Rice was on sale so I got a big bag to last me for a while. The other recipe will be a dish I actually took as a challenge / idea from someone on twitter. Breakfast cupcakes. Me being a stickler for things got to be a problem there, but over all the dish tasted good and was actually very good for breakfast. If you